What are 1-3 Leadership Principles that you have discovered and executed that have contributed to your success?

What happens when you don’t follow your principles relationships.

Set the vision and know your role in carrying it out.

Consistent communication that is honest and open.

Communication is necessary to begin to make change and build trust.

Grow your expertise around unexpected situations – decide how to show up.

Choosing not to take action is a choice.

Allow your business to have a separate seat at the table.

Ego is necessary, yet your ego can get in the way.

Be open to knowledge that allows us to recognize when we are in a tough situation.

How to build self awareness – a bit every day.

Soft skills that ensure you are able to actively use your leadership principles.

Actively listen and use all your senses.

Observe and acknowledge each viewpoint.

The first step to assess, and to anticipate.

It is BOLD to ground yourself in specific leadership principles.

Jenny Dufresne 2:13
Integrity is something that I think we talk a lot about, but don’t spend a whole lot of time really understanding it. And it’s not only integrity from a leader, and what a leader does, or doesn’t do. But it’s also when we partner with other businesses, or other companies. It’s also their integrity. It’s a real important principle to live by, because it touches literally everything in a business.

Jenny Dufresne 3:23
If I glorify coming to work sick or exhausted, by glorify sacrifice, my family time, my health, my spiritual time, then my team begins to reflect that and it begins to have an overall stress on the company.

Jenny Dufresne 3:47
Leaders cannot lead well, if we’re exhausted. If we’re not really focused on taking care of ourselves. And when we do not take care of ourselves, it again impacts our overall mission, vision, company goals. It impacts everything.

Mark Carruthers 5:51
I think it’s really critical for a leader to be consistent with their words and actions. Consistent in your treatment of everybody, There’s no favoritism. Everybody’s equal. They all bring something to the table.

Mark Carruthers 7:11
Honest and open communication, it’s got to be both ways. That ties you to trust, respect, and all those wonderful things that we want of each other, whether it’s the employer, the manager, and people that work there, the followers. Or whether it’s the followers of the employer and the manager. We’ve got to have that communication line to build trust and respect the things that I think are importan. Setting expectations, being consistent in how the leader applies things and does things, and to have honest and open communication.

Jess Dewell 8:03
In a situation where we have to communicate quickly, we still have to have that open communication.

Mark Carruthers 8:54
Everything falls apart. If the mutual respect, honesty, and trust, courtesy and teamwork isn’t there.

Mark Carruthers 9:10
If you are running a business, and everybody agrees, then that’s a problem. Because these people aren’t independent thinkers. And that’s what you’ve hired them for, hopefully. Hopefully you’ve hired people that each person fills in with a strength where somebody else’s week. And that’s how you build a team.

Mark Carruthers 19:28
That’s one of the things that a leader must be, is decisive and understanding of what needs to be done for the best of the business. Regardless of collaborative attempts, regardless of sometimes feelings.

Jess Dewell 21:15
When we’re thinking about our leadership principles, the time when it hurts the most, it’s the scariest, it requires courage to share that voice, to have that something come out. That’s the time when we really know if we’re living by these leadership principles that we have through experience or through study. It’s amazing when we get to put them into practice.

Mark Carruthers 26:13
People say leave your ego at the door. Not really, because as long as it’s not bravado, or narcissism or that sort of thing, is self confidence. And the ability to make decisions based on your experience, your training, your knowledge, all the things that have made you who you are today. And that’s part of your ego as well. Don’t leave your ego at the door. You need tha. You’ve got to have that, especially as a leader. Because if you don’t have all those things that build a healthy ego, then you’re not going to be a leader. And you’re not going to get the respect, and you’re not going to get the following of those around you.

Mark Carruthers 27:08
Okay, we’re in a crisis situation. Something’s bad has happened. The goal then is to cut your losses as quickly as possible. Make the changes that are necessary. Step in, cut people, cut relationships that aren’t working, and move forward with those that aren’t.

Mark Carruthers 28:19
Well, yeah, you can do nothing, but not by ignoring it. You have to make a conscious decision to do nothing. But that’s still a management and a leaders decision, to do nothing if that’s the right decision.

Mark Carruthers 29:09
Part of the leadership role is to remain consistent under all circumstances. And if you as a leader can’t control that, then yeah, you’ve got some serious leadership issues.

Jenny Dufresne 31:05
Listening is not only an ears thing, but it’s an eyes thing as well. Listening with your eyes means you’re observing. You’re taking in. As someone speaking to you, you’re also taking in what they are or not saying.

Jenny Dufresne 31:34
Being able to use humor is another soft skill, to kind of disarm a situation, or to create a connection, a quick relationships, or connections with people.

Jenny Dufresne 32:51
Decision making, first of all, is critical. You can’t just leave things stirring about.

Jenny Dufresne 33:04
Failure is very difficult for like 50 times. But I say after that, it becomes like, “Okay, I know how I function when this happens.”

Jenny Dufresne 33:17
There’s a whole body of knowledge now about fail fast, fail forward and fail here and fail there and fail everywhere. It’s like a Dr. Seuss, rhyme.

Mark Carruthers 33:57
I’m forever watching people’s eyes, their facial expressions, your body language, that sort of thing. Silence says more than words, and you’ve got to be able to see these thing. And see their response without them having to say a word. You should be able to figure that out.

Mark Carruthers 34:31
And the little things like saying thank you, being appreciative. That’s what people are looking for these days.

Mark Carruthers 34:41
People don’t want performance evaluations,. They don’t want feedback. They want recognition, praise for what’s being done there, what they’ve done positive. You’ve got to be able to have those tough discussions as well.

Mark Carruthers 35:26
Part of that is understanding quickly the consequences of your actions or words, and anticipate that. You talked about risk. Well, yes. What’s the risk going to happen? And you got to assess that quickly, you can’t start “Oh, well, I’m not sure what’s going to happen. I’m going to do this and let’s see.” Or think about it for a long time, because decisions have to be made quickly.

Mark Carruthers 35:52
Only the weatherman is allowed to make mistakes and only be 50/50.

Mark Carruthers 36:12
If you’re paying attention to your people, you can see when they’re troubled, when they’re having issues. Whether it’s at work, whether it’s at home, whether there’s something on their mind, there’s some pressure or whatever, you want to be able to have the ability to establish those relationships where people will talk to you. And maybe you lean on them for their knowledge and their experience, and everything else. But they need to be able to count on you, and lean on you, as well. And I think that’s so critical in a role, that you can’t just be that figurehead that tells you what to do, and that’s it. That’s a boss. That’s not a leader.

Mark Carruthers 37:02
Is a leader defined by their role or their actions.? And I say it’s their actions, period.

Mark Carruthers 44:08
There is usually more than one way. And you just kind of have to sort it out in your mind based on your experience, your intelligence, your training. All those things, but in a calm, organized fashion. Go through them quickly, and make a decision. That’s the ultimate thing. You must make a decision, and live with it. And hopefully you’ve made the right one, but ready to back it up with an alternative. Again, knowing what will likely happen as a result.

Jenny Dufresne 45:04
Leadership is definitely a constant set of actions. We don’t seem to place as much emphasis on the personal development of leadership. To be bold is to lead, really having done some internal work.

What are 1-3 leadership principles that have contributed to your success?

Choosing what to prioritize is easier when we have more self-awareness. The confidence that comes from knowing what we are working towards allows us to compassionately say yes to the right things. As we discover what contributes to our success, we can fall back on them for difficult decisions. to discuss your leadership principles Jess Dewell discusses your leadership principles with panelists Jenny DuFresne, CEO and Mark Carruthers, Principle + Senior Consultant. 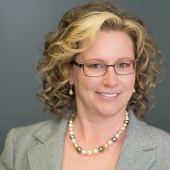 Program 115 LIVE – Hope Without Action = More of the Same

Program 150 – Our Differences Strengthen Our Relationships